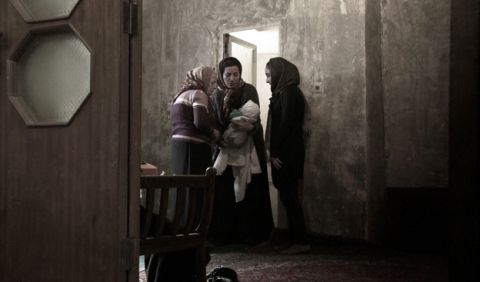 Ghadir, a chemical plant worker, protesting against being unpaid for over a year, is arrested during a demonstration and imprisoned without trial. He’s released one year later with no explanation given. On arriving home he finds his daughter, Somayeh, has given birth out of wedlock.


Born in Iran in 1974. She qualified as a midwife from Tehran University in 1998 and then went on to study filmmaking at the Iranian Young Cinema Society. Directed some short movies such as My Home Is Cloudy (2001), The Word (2005), Virgin (2008) and Persian Garden (2012). Another Time is her first feature.