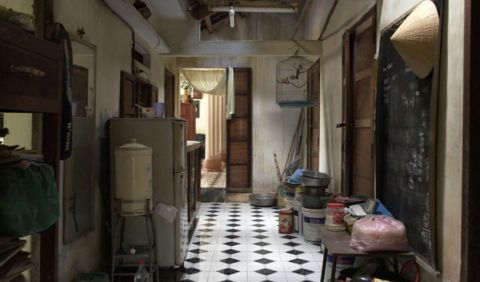 Following the everyday life around a house in Ninh Hoa, the bond of its inhabitants’ extended family becomes visible. Marked by the course of history in the 20th century, this relationship connects Vietnam, Germany, and the spirit world. 
Born in Berlin, Germany, in 1980. He graduated in cultural anthropology and in visual communications in Hamburg. Since 2009 he is a member of the artist-run film laboratory LaborBerlin. He directed short films, such as Destination Finale (2008) and Fictitious Force (2015), and the feature Szenario (2014).