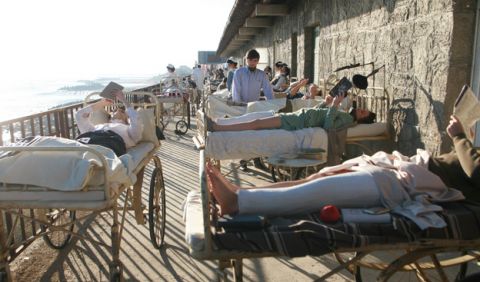 Romania, 1937. Emanuel, a 20-year-old young man, spends his days at a clinical on the Black sea coast, suffering from bone tuberculosis. Falling in love with another patient, he narrates his and his fellow patients’ attempts to live life to the fullest as their bodies slowly fade away, but their minds refuse to give up. Inspired by Romanian author Max Blecher’s autobiographical novel Scarred Hearts.