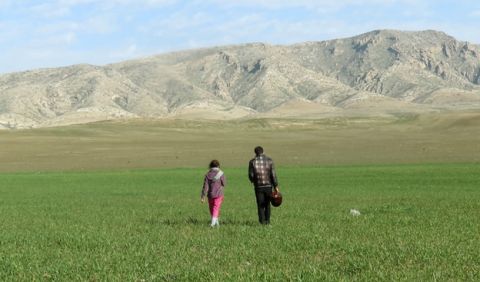 LIFE ON THE BORDER
Iraq, Syria

The fate of thousands of people is unified under the tarpaulins of the refugee camps in Kobani and in Shengal. Kurdish filmmaker Bahman Ghobadi has given eight children the opportunity to use a camera to tell their own stories. Each film gives us a glimpse into the plight of the children, as seen through their own eyes. Their stories tell of young people with their whole lives ahead of them, though they have already lost almost everything. At a certain point, the film crew leaves the camp and follows the 13-year-old Mahmod and his sister in the search for his parent`s house in Kobani. The town has been ravaged by the war and all the children find is rubble.

The eight films reveal the courage and openness of the young filmmakers, who share their stories with great intensity, realism and poetry, despite their harsh fate.