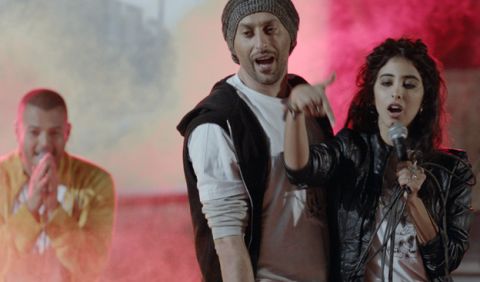 Kareem leads an aimless life between odd jobs and hanging out with his buddies. He lives with his parents in a crime-ridden ghetto of the mixed Jewish-Arab city of Lyd, close to Tel Aviv. Kareem is devastated when his father is killed in a car crash. The family tragedy brings him closer to his singer girlfriend, Manar, and motivates him join a hip hop group. As Kareem‘s talent develops, so does his political consciousness, and the group‘s lyrics become more defiant. Kareem and his group face a violent confrontation with nationalistic Jewish rappers as well as the violence that exists within their own conservative community.

Winner of the Panorama Audience Award at the Berlin Film Festival.