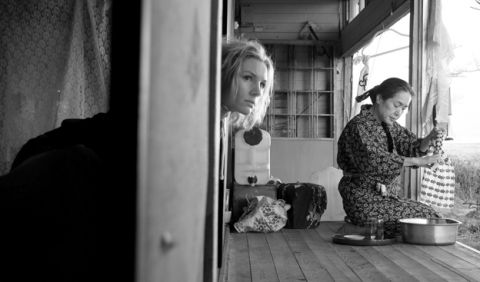 Young German woman Marie escapes to Fukushima to change her life. Working with the organization Clowns4Help, she hopes to bring joy to 2011 nuclear disaster survivors. Marie soon realizes she‘s absolutely unsuited to the task of making tragedy less wearisome. Instead of running away, Marie decides to stay with Satomi, the last geisha of Fukushima, who of her own accord has decided to retreat back to her ruined house in the formerly radioactive Exclusion Zone. Two different women who are trapped in the past and must learn to liberate themselves from guilt and the burden of memory.