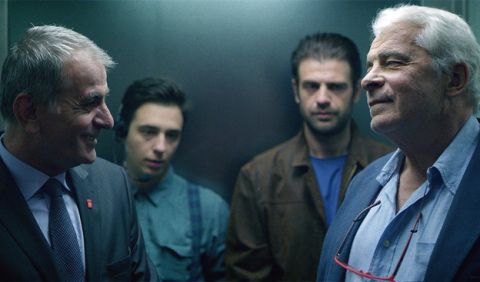 Sarajevo‘s Hotel Europe is bustling in preparation for European Union gala for the centennial of Archduke Franz Ferdinand‘s assassination. But the disgruntled staff plans to strike because they haven‘t been paid for two months. If this prestigious political dinner fails, the already mortgaged hotel will be shut down by the bank. From the building roof to the cellar club, via the reception, laundry room and kitchen, increasing tensions turn the Hotel Europe into an ideological pressure cooker.

Winner of the Grand Jury Prize and FIPRESCI Prize at the Berlin Film Festival.