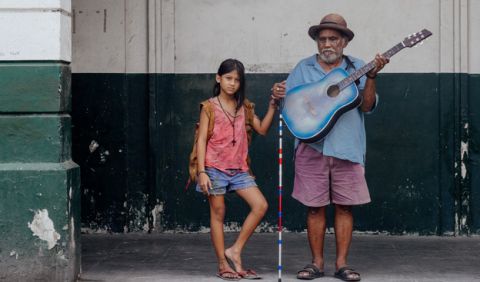 11-year old Blanka survives alone in Manila begging and stealing from tourists. She dreams of buying a mom. But she has to make countless efforts in order to collect enough money. An opportunity arises when she meets Peter, a 55-year old blind street musician, who teaches Blanka how to sing. 
Born in Okayama, Japan, in 1975. Worked with music and fashion videos. In 2001, he shot his first documentary W/O. Also directed the documental short Godog (2008). Blanka is his first fiction feature film.