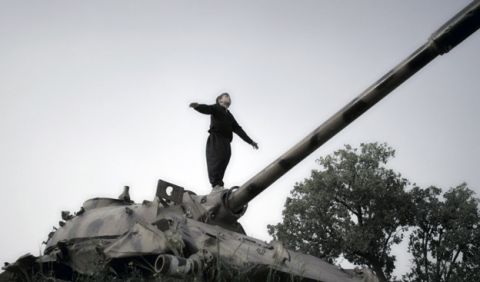 A FLAG WITHOUT A COUNTRY
Iraq, Kurdistan

Helly Luv is a Kurdish pop-singer. She wants to promote Kurdistan and bring in international attention while at the same time wanting to give Kurdish people an icon and a sense of community. Nariman is a pilot who broke his leg in an accident and consequently can no longer fly. He runs a pilot school for the children of Kurdistan, and together with the children they build a civil plane for the country. Both Helly Luv and Nariman pursue to be a source of strength to their society; a society that perpetually deals with the harsh conditions of life, war and ISIS attacks.