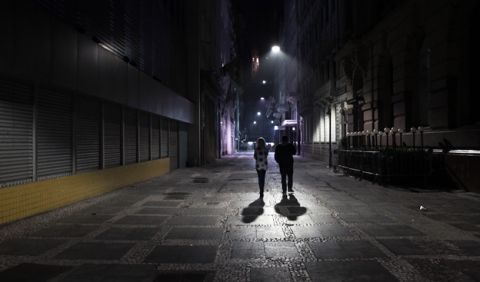 Plagued by thoughts that insomnia causes and that leads you to a vertiginous journey into the night, a man wandering the pathways of a metropolis on a road of no return. He travels a journey of the verb to dust in the void of São Paulo night. How to escape this place that’s cuddling and shelters at the same time that tears apart?