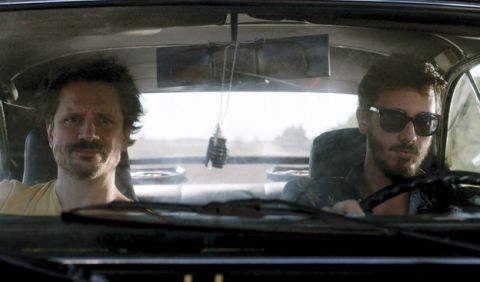 After receiving the enigmatic message “we need to talk”, Caco decides to surprise his girlfriend and propose to her, but he ends up catching her with an Argentinian. Vadão, his best friend, drags the ex-future-groom to Argentina in a nonsense trip in search for revenge. While Vadão tries to revive their adolescent times, Caco is still focused on getting his ex-girlfriend back. But nothing happens as planned.


Born in São Paulo, Brazil. Director and producer, he studied architecture and business. He worked as a video artist and editor. Directed the short Quem Matou o Jorge (2010) and the documentary Em Todo Canto (2008). El Revenge is his first feature film.