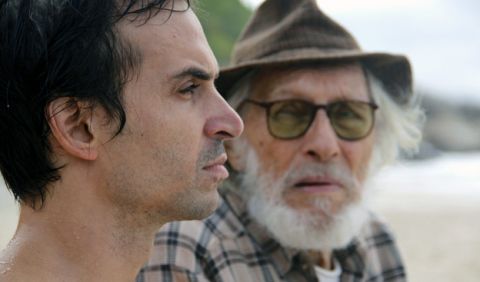 Gaspar Dias is a specialized art expert in the work of Emilio Vega, a painter who died 50 years ago. An unexpected visit of Inácio Cabrera in search of authenticity for another picture made supposedly by Vega, whose he claims to have been friend in youth, shakes the Gaspar’s convictions with disturbing revelations. Cabrera refutes several specialist’s ideas about the artist, with information difficult to prove. After all, who is the real Vega? 
Born in the USA in 1970, and he came to Brazil when he was three months old. Studied law at the Pontifícia Universidade Católica in Rio de Janeiro and started his film career as an assistant diretor of the movie Carlota Joaquina: Princess of Brazil (1995), by Carla Camurati. Since then, he also executed the functions of finalization producer and executive producer on more than 20 features. Directed four shorts, among them, Vicente (1995) and KM 0 (2003). Maresia is his first feature film.