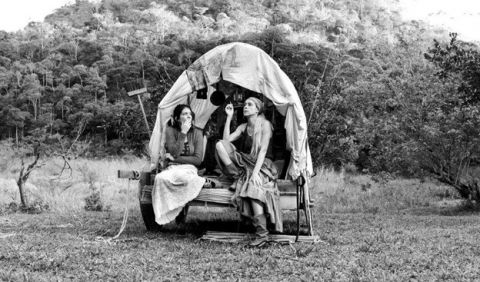 A soldier comes back from Paraguayan War and encounters a theater group from nowadays.