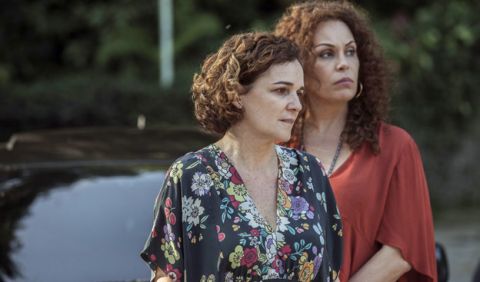 A GLÓRIA E A GRAÇA

Graça is a single mom of two kids. When she discovers an inoperable cerebral aneurism, she decides to go after her brother, Luiz Carlos, whom she haven’t seen in 15 years after they had a fight. When both of them meet, Graça is taken by surprise when she finds Gloria, a travesty, who hasn’t been Luiz Carlos for a few years and now lives a full life as the owner of a restaurant in Santa Teresa. Touched by the circumstances, Gloria becomes closer to the family, meets her nephews, becomes friends with Graça, and realizes that maybe, in order to fulfill her life, she needs to be a mother.