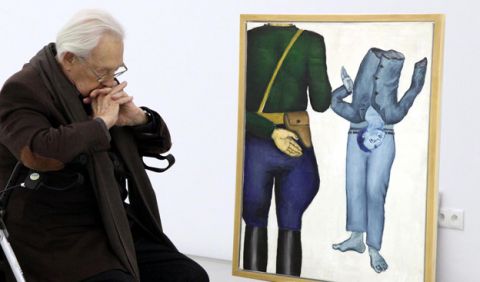 WRÓBLEWSKI ACCORDING TO WAJDA

WRÓBLEWSKI ACCORDING TO WAJDA

Andrzej Wajda recalls Andrzej Wróblewski as a painter and as a friend. He speaks of a man who faced the challenges of his time and searched for his own place. Wróblewski, seen with Wajda’s eyes, is a genius, who had to wait for recognition for a long time, but who hadn’t recognized his genius himself. The documentary was created for the exhibition Wróblewski according to Wajda organized in the Manggha Museum of Japanese Art and Technology in Kraków in 2015.