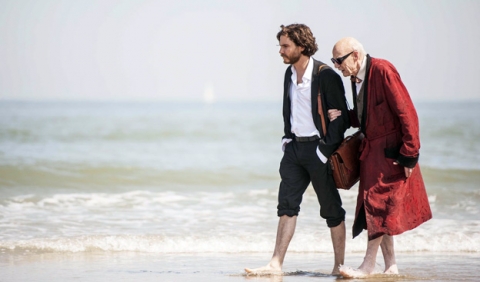 A shameless and opportunistic young art critic sets out to write a biography of an enigmatic painter in his quest for fortune and glory. But first he has to convince the aging artist, who lives with his daughter in the Alps. The story crisscrosses Western Europe, from the Alps, into France, Germany and lastly to Belgium’s North Sea coast. Based on the novel of the same name by Daniel Kehlmann.