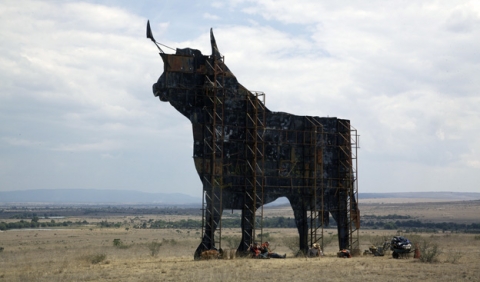 Five men are hired to paint the median line of a road that connects two villages in Mexico. On board of an old truck, they do the job: more than 200 kilometers that they have to complete in less than fifteen days under a burning sun. Five solitary men that will acknowledge that there is a thin line between right and wrong; between laughter and crying; between life and death.