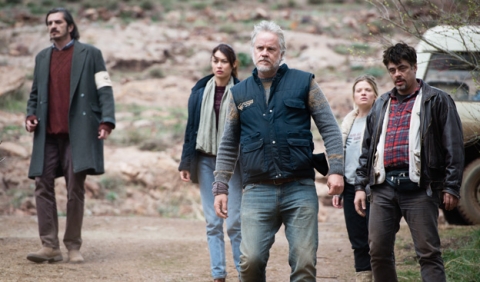 A group of aid workers tries to remove a cadaver from a well in an armed conflict zone. The body was thrown there to contaminate the water and cut the supply to the local population. But circumstances soon turn a simple task into an impossible mission. Humor, drama, tenderness, routine, danger, hope: it all fits into a perfect day.