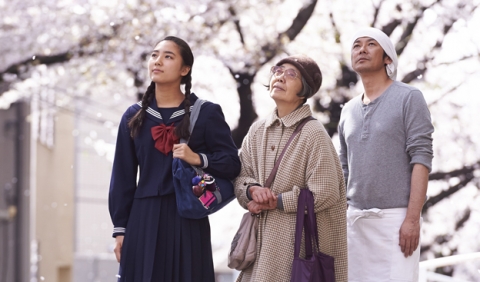 Sentaro runs a small bakery that serves dorayakis —pastries filled with sweet red bean paste. When Tokue, an old lady, offers to help in the kitchen, he reluctantly accepts. But Tokue proves to have magic in her hands when it comes to making the desert. Thanks to her secret recipe, the little business soon flourishes and, with time, Sentaro and Tokue will open their hearts to reveal old wounds.