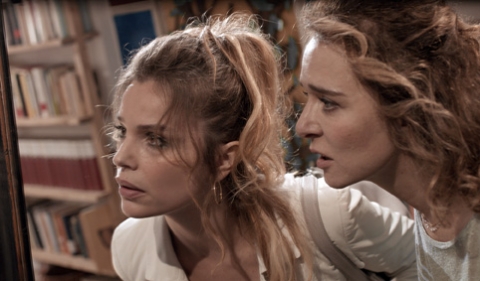 The outgoing real estate agent Paolo and the beautiful Simona, author of a best-seller, are expecting a child. At a dinner with Betta and Sandro, a refined and educated couple, and Claudio, an eccentric musician, one question will lead to a discussion that will shake up the night: the name of Paolo and Simona’s son.


Born in Rome in 1960. An actress, she graduated in film direction from the Centro Sperimentale di Cinematografia, in Rome. She collaborated on many screenplays and made several shorts films. In 1993, Francesca exhibited two films at the 17th Mostra, Mignon Has Come to Stay (1988), her first feature, and Towards Evening (1990). She also directed films like With Closed Eyes (1994, 19th Mostra) and Questione di Cuore (2009).