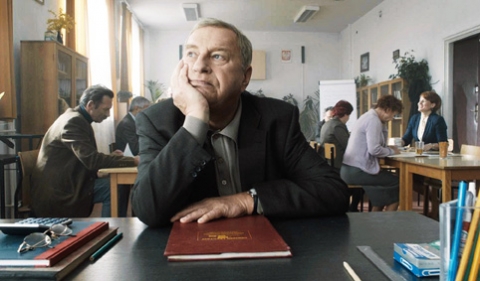 A sexagenarian man suffers a tragic accident in front of the building of Polish television station TVP, moments before the arrival of the country’s president to the same building. Taken to the hospital, the protagonist hallucinates and remembers moments of his childhood, his youth and his adult life, which are intertwined with historical events of post-war Poland.