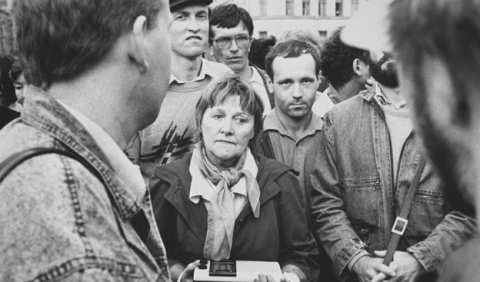 Swetlana Geier is considered the greatest translator of Russian literature into German. She has just concluded her work for Zurich’s Ammann publishing house – completing new translations of Dostoyevsky’s five great novels – known as The Five Elephants. The eighty-five-year old woman is making her first trip from her chosen home in Germany back to the places of her childhood in the Ukraine. The film interweaves the story of Swetlana’s life with her literary work and traces the secret of this inexhaustibly hard-working woman.


Was born in 1965 in Germany and grew up in Switzerland. His films include the documentaries Bashkim (2002), Transit - Zurich Airport (2003) and Maximum Performance (2004). He was the director of photography for Clemens Klopfenstein’s St. Francis Birds Tour (2005, 29th Mostra).