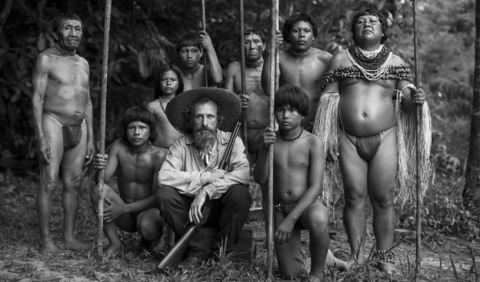 Karamakate, an Amazonian shaman, last survivor of his people, dwells deep in the jungle in voluntary isolation. His life is shaken with the arrival of an American ethnobotanist in search of a sacred plant. Together they embark on a journey into the heart of the Amazon in which past, present and future are intertwined, and in which Karamakate will slowly begin to regain his lost memories. Inspired by the journals of explorers Theodor Koch-Grunberg and Richard Evans Schultes.


Born in Río de Oro, Colombia, in 1981, he studied film and television at the National University of Colombia. After directing four short films, he wrote and directed The Wandering Shadows (2004), his feature debut, awarded at San Sebastián. The Wind Journeys (2008), his second film, was exhibited at the 33rd Mostra. Embrace of the Serpent is his third feature.