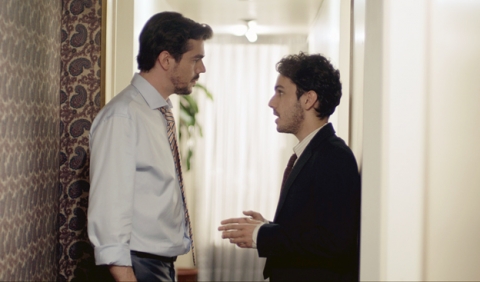 HOW TO WIN ENEMIES

HOW TO WIN ENEMIES

One afternoon Lucas meets the ideal woman: beautiful and interested in books. Unfortunately, he discovers that she is a thief, and he is one of her victims. He believes that someone close was an accomplice of the robbery, since he knows that those who know us best can be our worst enemies. 
Born in Buenos Aires in 1974. Graduated from the Universidad del Cine, in Argentina. He directed the short El Séptimo día (2001), screened at Berlin Film Festival, and the feature Jews in Space (2005).