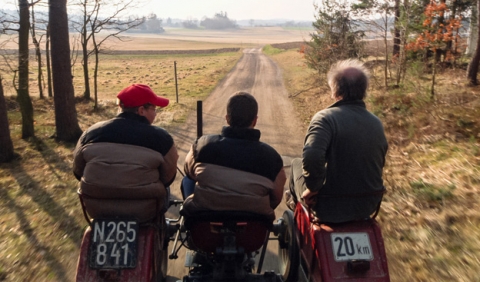 In the winter of 2004, no one can tell how long the old textile factory in the northern Waldviertel will still be able to survive. When the factory ultimately shuts its doors, its employees embark upon a time of radical change. The workers, who live in the countryside, seek new directions. Other work, unpaid work, more time to engage in hobbies, to become involved in the local fire department or to care for relatives. New beginnings and changes. Life goes on.