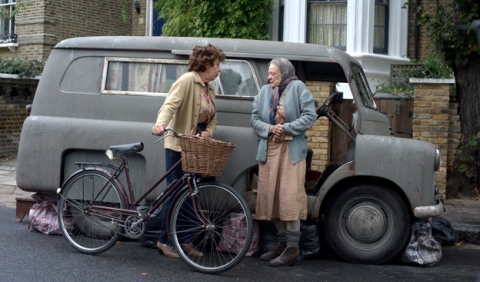 THE LADY IN THE VAN

THE LADY IN THE VAN

THE LADY IN THE VAN
United Kingdom

Based on a true story, the film narrates the relationship between Alan Bennett, the screenwriter of the movie, and the peculiar Miss Shepherd. A woman of uncertain origins, she “temporarily” parked her van in Bennett’s London driveway and proceeded to live there for 15 years.


Born in 1956 in Manchester, England. He has directed several stage productions and feature films like The Crucible (1996) and The Object of My Affection (1998). In addition to The Lady in the Van, he has worked with screenwriter Alan Bennett on the features The Madness of King George (1994) and The History Boys (2006).