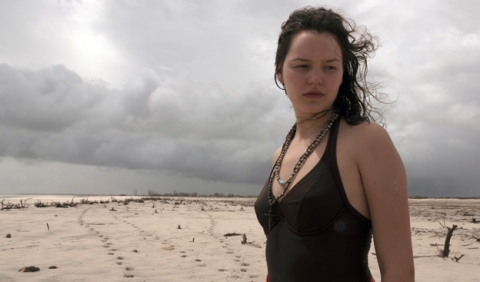 When the Portuguese king D. Sebastião lost the battle of Alcácer Quibir, his body was swallowed by Moroccan sand and disappeared. His spirit, however, organized an army that started to explore new lands, until it arrived in Brazil. At Lençóis Island, northeastern Brazil, D. Sebastião founded his enchanted kingdom. He wanders around in the shape of a black bull with a star on its forehead. One day, his daughter will come back to the island, holding a golden sword. 
Born in Brasilia, she studied literature in Brazil, visual arts in Switzerland and cinema in France. Directed the short movie I Went to Capadocia and IThought of You (2013). The Bull is her first feature film.