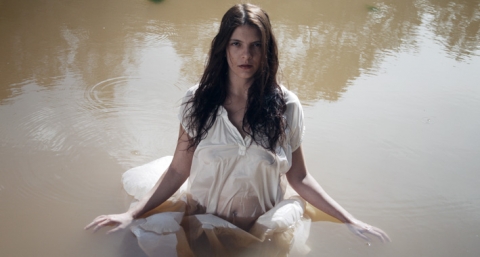 A man is mysteriously called to the entrance gate of an abandoned country home. As if she was coming out of a water mirror, a woman emerges from the mud at the bottom of a lake. As they approach each other, a spell is cast. Together they experience the enchantment of hallucination, memory and dreams. Reflections on the water will reveal secrets hidden in the nature of the soul. The Mirror is a recreation of Machado de Assis’ (1839-1908) homonymous tale. The film is a part of the Tela Brilhadora program.

The film will follow the screening THE MAYOR, by Bruno Safadi