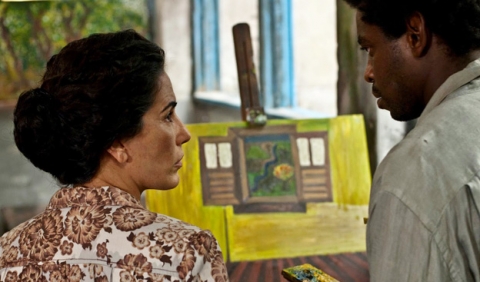 NISE - THE HEART OF MADNESS

NISE - THE HEART OF MADNESS

After leaving prison, Doctor Nise da Silveira goes back to working at a psychiatric hospital in the suburbs of Rio. She refuses to use the new and violent electroshock as part of the treatment for schizophrenics. Ridiculed by the other doctors, she has no option but to take over the abandoned sector of the hospital dedicated to occupational therapy, where she starts a revolution with paint, dogs and love.