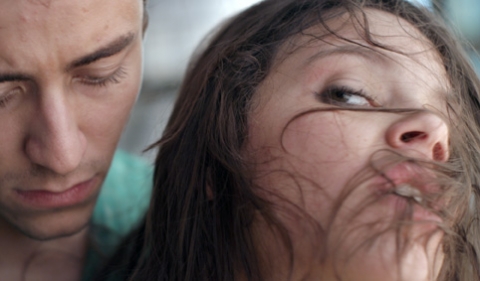 Jonah is twenty years old and is infatuated with Branca, the daughter of his mother’s boss. On the eve of Carnival, an accident leads him to kidnapping her and hiding her inside the whale, a float of the neighborhood’s samba school. In this unusual captivity, they live an impossible love, while the siege closes down and he is forced to negotiate the kidnapping, helped grudgingly by Jander, his 13-year-old brother. She studied cinema, television and journalism. Lô has worked as assistant director and since 1998 works as a director, screenwriter and producer. Her first feature, Jonas (2015), was presented at the 39th Mostra. She also directed, in partnership with Anna Muylaert, the feature documentary Alvorada (2021), about the impeachment process of President Dilma Rousseff. Sol is her second fiction feature film.