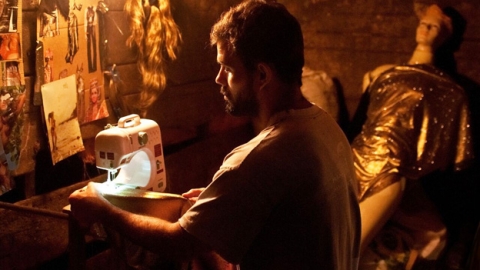 Behind the scenes of the vaquejadas —a traditional rodeo in the northeast of Brazil where two men on horseback try to bring down a bull by grabbing its tail—, Iremar and a group of cowboys prepare the oxen before releasing them in the arena. Taking life on the road, the truck which carries the animals to the events is also the makeshift house to these workers. The daily life is intense and visceral, but something inspired new ambitions in Iremar: the recent industrialization and the clothes factories in the Northeastern semi-arid region. Lying in his hammock on the car`s rear, his head wanders in dreams of sequins, refined fabrics and sketches.

Winner of the special prize of the jury of the Horizons section at the Venice International Film Festival.