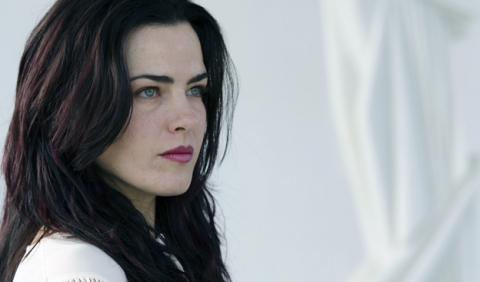 Elias is a successful executive in a big private Brazilian bank. A mysterious woman predicts his future: Elias will become vice-president of the bank on that same day and, shortly after, he will be the president. His wife, Clara, suggests that he invites the current president of the company for dinner. A sequence of murders are perpetrated by the couple, leaving a trail of blood in their path to power and transforming them into victims of their own fate. 
Born in Niterói, Brazil, in 1971. He graduated in marketing and participated in workshops about screenwriting, direction and acting. Directed soap operas, television series, commercials, and the feature film A Hora e a Vez de Augusto Matraga (2011).