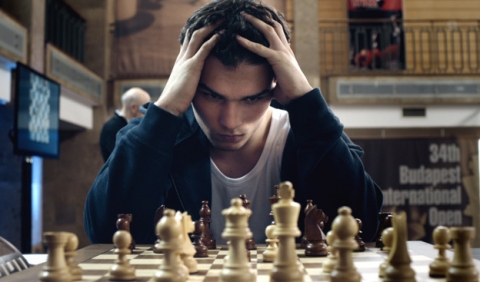 Seven days of tournament in a grand hotel in Budapest. A favorite for the win: Cal Fourier, 22 years old, French chess champion, immature genius. Programmed to victory, he fights his competitors with impressive strength. The young man also dedicates himself to having fun with his girlfriend, Lou, and friends Aurélien, Anthony and Mathieu. But a competitor unlike any other will change his routine.


Born in France, she started her career as a journalist. She wrote for television for seven years, before becoming a director. The Tournament is her first feature film.