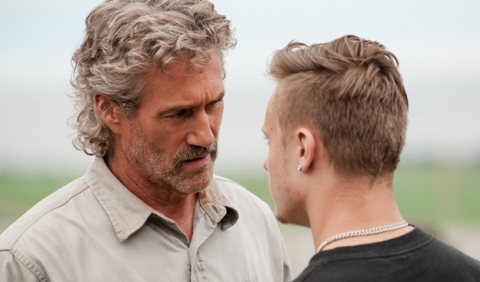 THE SOUND OF TREES

THE SOUND OF TREES

Seventeen-year-old Jérémie dreams of a better life, away from the family sawmill and his native village of Gaspésie, Québec. Instead of the forestry work, he prefers pimping his car, hip-hop and slacking off with his friends. The situation drives his father Régis to despair as he blames his son’s attitude on a local drug dealer. When Jérémie’s elder brother leaves town, tensions rise quickly in the summer heat. 
After working as a videographer for Radio-Canada, he directed short films, commercials, music videos and documentary series. The Sound of Trees is his first feature film.