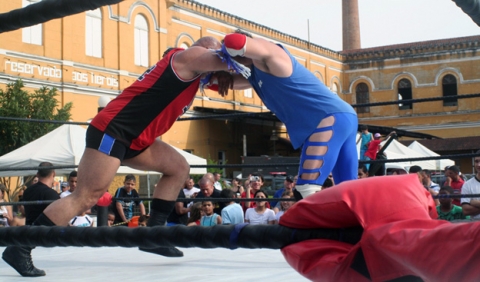 The documentary tells the story of telecatch —or wrestling— in Brazil. With archive material, the movie rescues stories and characters from the sport’s glory days, such as Achilles, Belo and Mr. Argentina. It also portrays the current scenario, with the top three teams: Gigantes do Ringue, Trupe do Trovão and BWF. 
French-Brazilian, he graduated in advertising and has been working in the film industry since 2002. In 2011, he made his directorial debut with the documentary short A Passagem. He also directed the documentary Futebol de Várzea (2013). Wrestlers is his second feature-length documentary.