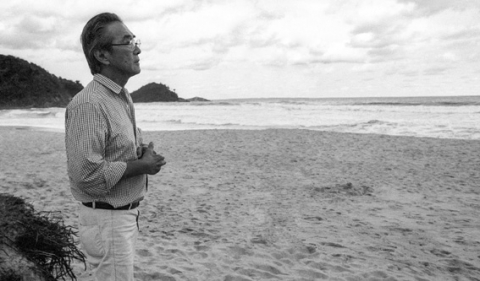 A documentary about Brazilian poetry, art and culture through the life of independent editor Massao Ohno. In the 1960s, Massao paved the way for a new generation of poets in the State of Sao Paulo. He also launched writer Hilda Hilst and introduced the haikai in Portuguese in Brazil. While talking about a whole generation, the documentary shows how Massao redefined the horizon for poetry and editorial graphic design in Brazil. 
Documentary filmmaker and screenwriter, she is the head of the production company Serena Filmes, created in 2000. Works in advertising and makes documentaries about Brazilian culture and arts. Her work includes the shorts Na Cama com King (2002), A Cor do Samba é Azul (2004) and Boleros Paulistas (2008), as well as the documentary Flávio Rangel - A Story of the Brazilian Stage (2009, 33rd Mostra). Massao Ohno - Poetically Speaking is her second documentary feature film.