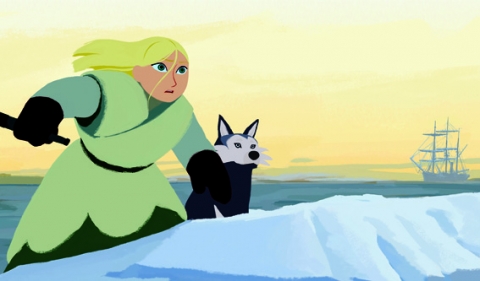 Saint Petersburg, 1892. Sasha, a young Russian aristocrat, has always been fascinated by her grandfather`s life as an adventurer. A renowned explorer, he designed a magnificent arctic ship, but he hasn`t returned from his last expedition to the North Pole. To save her family`s honour, Sasha runs away. Headed towards the Great North, she follows her grandfather`s trail in search of his famous ship. 
Studied at the Superior School of Graphic Arts of Penninghen, in Paris, and in 2003 started studying at the animation school La Poudrière. Made storyboards and worked as assistant director in films such as the Oscar nominated The Secret of Kells (2009). Between 2004 and 2005, he directed the shorts Le Cheval Rouge, Grand-Père e Eaux Fortes. His first feature, Long Way North, won the audience award at the Annecy International Film Festival.