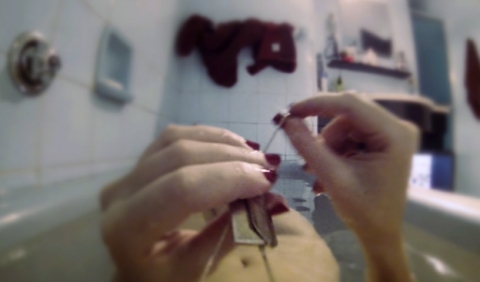 Solitude and isolation —which are responsible for the wonderful and yet cruel anonymity that surrounds inhabitants of major cities— bring two people together through the internet. Protected by the physical and psychological anonymity made possible by the web, they initiate an intense dialogue, mixing stories, sexual fantasies and personal conflict caused by urban solitude, and discussing some of the main problems of contemporary civilization. A reflex of the disturbance typical of a time of hedonism, in which the biggest motivation is self-realization. The movie is a part of the A Obra de Arte está no Espectador project.


Born in São Paulo in 1973, he majored in theater from USP (Universidade de São Paulo) and began his career first as an actor, and later as a theater director and producer. He launched a manifesto, TRAUMA, with the objective of making low budget features viable. Directed shorts such as Lives in the Trash (2008), which received the Jury’s special mention at the 32nd Mostra, as well as the feature Cat’s Cradle, winner of the Audience Award at the 26th Mostra, and also screened at the 32nd Mostra.