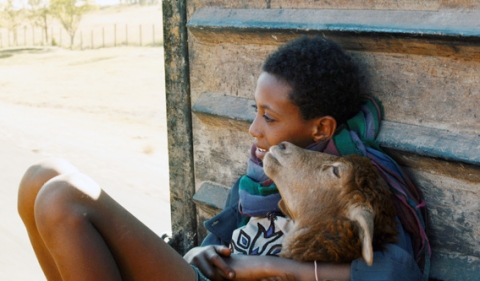 When Ephraim, an Ethiopian boy, is sent from his homeland to live with distant relatives, he takes his beloved sheep with him. One day, however, his uncle announces that he will have to sacrifice the animal for the upcoming religious feast. But Ephraim is ready to do anything to save his only friend and return home.


Born in Ethiopia in 1978. He holds a bachelor degree in international development from Clark University, in the United States, and studied cinema at New York University. Wrote, produced, directed and edited several shorts. Lamb, his first feature film, was presented at the Un Certain Regard section at the Cannes Film Festival.