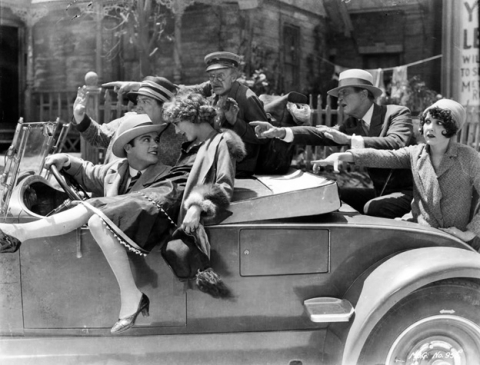 Maggie is a young woman who works at a store and takes care of her parents and her sister, who count on her for everything. When she meets Joe, the new employee of her department, Maggie falls in love, not knowing that he is the son of the store’s owner.

The film will be screened at the outdoor area of the Ibirapuera Auditorium, with live music performed by the Heliópolis Symphony Orchestra, conducted by David Michael Frank.

Restored by UCLA Film & Television Archive with funding provided by The Mary Pickford Foundation, The Packard Humanities Institute and The Film Foundation.


Born in the USA in 1895, he started his career as a screenwriter and made his directional debut with The Mohican’s Daughter (1922). Directed Harold Lloyd in the several films such as Girl Shy (1924) and For Heaven’s Sake (1926). Taylor is also known for his collaborations with actress Mary Pickford, who he directed in My Best Girl (1927, 39th Mostra) and The Taming of the Shrew (1929). Died in Santa Monica in 1958 at the age of 62.