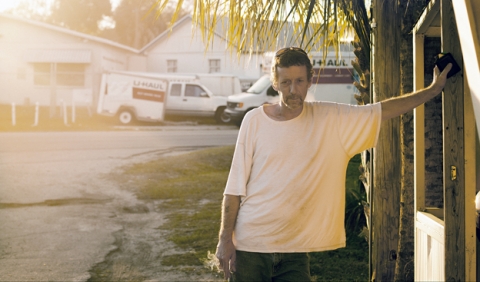 Florida Justice Transitions is home to 120 convicted sex offenders. Like in several other U.S. states, in Florida sex offenders are not allowed to live within 1000 feet of places frequented by children. Because of this, many of them live under bridges or in woods —or in the community shown in this documentary, also known as "Pervert Park". 
Lives in Copenhagen, Denmark. Studied at the Royal Danish Academy of Fine Arts. His first works were closer to video art. Pervert Park is his debut documentary.