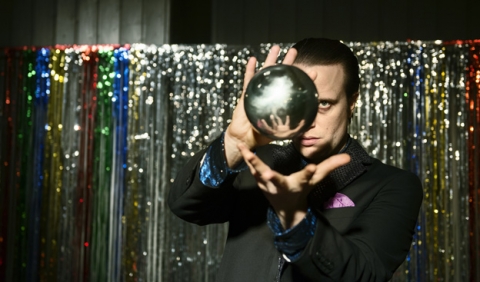 In midwinter, the German illusionist Dirk Ohm arrives in the small town of Grong, a place ridden by the disappearance of a young local woman Maria. Dirk soon finds himself searching for Maria side by side with the villagers; and slowly he falls in love with the missing woman. In the loneliness of his hotel room he gives in to the illusion of their love relationship and she is to him more real than anything else.


Born in 1974. Graduated from the London International Film School in 1999 and since then he has worked as a director, writer and illustrator. His first movie, Sniffer (2006), received the Golden Palm for best short film at Cannes. Peers has also directed the shorts Down Under (2007), Spandex Man (2007) and The Croquet Match (2008). The Disappearing Illusionist is his first feature film.