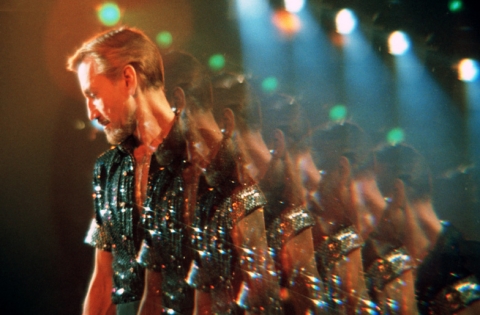 ALL THAT JAZZ
United States

Joe Gideon is a filmmaker and choreographer womanizer that works, at the same time, on editing his movie and rehearsing a musical. After he suffers a heart attack, he looks back on moments of his life, turning them into musical numbers. Through Gideon, Bob Fosse tells his own life history.

Restored by Twentieth Century Fox in collaboration with The Film Foundation.


Born in Chicago, USA, in 1927. Director and choreographer, he fell in love with dance at an early age and at 11 he already took part in a pair of tap dancers. Fosse moved to New York in 1945, when he began making appearances as a dancer on Broadway and later in Hollywood. He made his debut as an actor in the feature film The Affairs of Dobie Gillis (1953), followed by Kiss Me Kate (1953). In 1969, he directed his first film, Sweet Charity. In 1973, he received an Oscar for directing Cabaret. Fosse also signed the direction of Lenny (1974) and Star 80 (1983), his last movie. Died in Washington in 1987 at the age of 60.