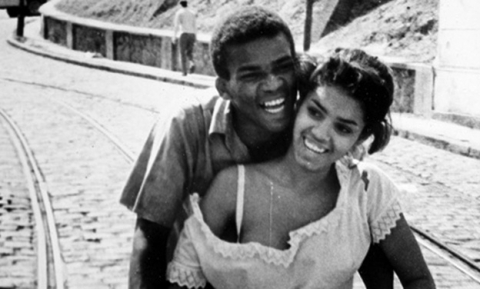 The film juxtaposes the stories of two men. A bootblack saves money to buy a bicycle and with it win the heart of the girl he loves, but the cost of his stepfather’s funeral uses all of his savings. The solution, then, is to take the bike of a priest. A factory worker cannot dissuade his wife from an unsafe abortion, losing her and the child. Disgusted, he leads his coworkers in a movement against the factory. 
Born in Marília, São Paulo, Brazil, in 1932. Actor, singer, composer and director, he debuted in direction with the short Menino da Calça Branca (1961). His first feature film was That World and Mine (1963). He also directed Lost Love Juliana (1968) and The Night of the Scarecrow (1973). He composed the soundtrack of all his films and also for Black God, White Devil (1964) and Entranced Earth (1967, 33rd Mostra), both by Glauber Rocha.