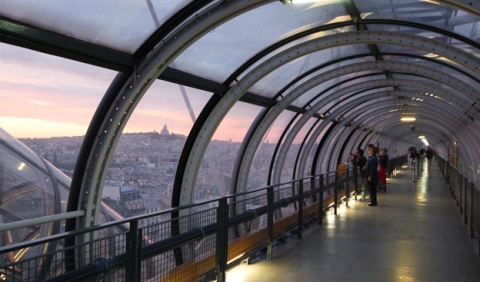 “If buildings could talk, what would they say about us?” Cathedrals of Culture offers six responses. This 3D film project allows six iconic and very different buildings to speak for themselves, examining human life from the perspective of a manmade structure. Six filmmakers bring their own visual style and artistic approach to the project. Buildings, they show us, are material manifestations of human thought and action: the Berlin Philharmonic, an icon of modernity; the National Library of Russia, a kingdom of thoughts; Halden Prison, the world’s most humane prison; the Salk Institute, an institute for breakthrough science; the Oslo Opera House, a futuristic symbiosis of art and life; and the Centre Pompidou, a modern culture machine. The movie explores how each of these landmarks reflects our culture and guards our collective memory. 
Born in Santa Monica, California, in 1936. Actor, director and producer Robert, he is also an important figure in the history of independent American cinema for creating the Sundance Film Festival. He acted, among others, in films like Butch Cassidy and the Sundance Kid (1969), by George Roy Hill; All the President`s Men (1976), by Alan J. Pakula, and Out of Africa (1985), by Sydney Pollack. Redford directed feature films such as Ordinary People (1980), winner of four Academy awards; The Milagro Beanfield War (1988), A River Runs Through It (1992), Lions for Lambs (2007) and The Conspirator (2010). 
Born in Norway in 1970. She studied media and mass-communication at the University of Bergen and the University of Oslo, and media, journalism and documentary filmmaking at Volda University College. She directed the documentaries The House of Angels (1998) and Raw Youth (2004). Olin has also directed fictions, like the short Gluttony, part of the collective film The Seven Deadly Sins (2000), and the feature The Angel (2009).