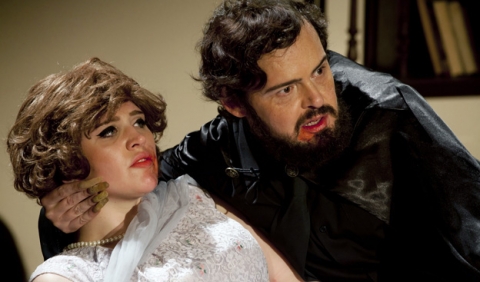 The first two episodes of the series which reveals little known nuances of the life of Brazilian filmmaker José Mojica Marins, Coffin Joe. Each episode narrates the story behind one film made by the director, which is played by actor Matheus Nachtergaele. 
Started his career on MTV, in the 1990s, first as editor and later as director of the network’s ads. Worked at O2 Filmes as a director for ten years and, in 2006, directed and produced the short film Entre Tuas Rodas. Made his debut in feature films with Lascados (2014).