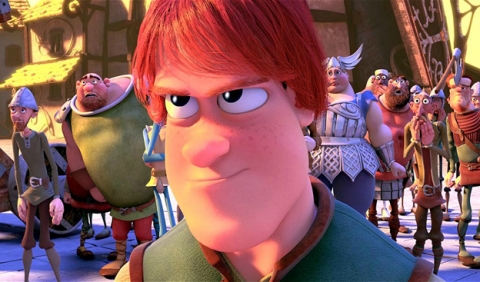 The young blacksmith Thor lives happily with his single mother in a peaceful little village. The legend says he is the son of Odin, the king of the Gods. Therefore the fellow villagers believe that the terrifying giants will never attack them. But they are terribly mistaken. A giant army crushes the village and takes the villagers to Hel, the Queen of the Underworld. Thor is knocked out and left behind. He sets out to save his friends with the hammer Crusher - who claims to be a magical weapon. 
Born in Reykjavík, Iceland, in 1963. He is a writer, director and editor. His first feature Remote Control (1992) was selected for the Un Certain Regard section of the Cannes Film Festival. He also directed films such as Reykjavík Rotterdam (2008) and Contraband (2012).