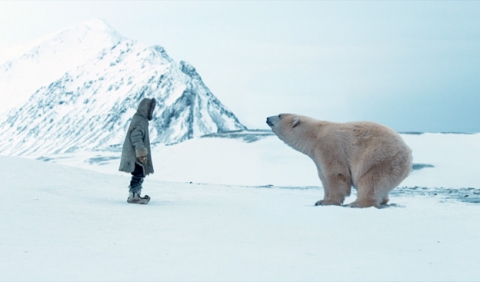 Julia, 13, and her siblings Sindre and Ida, twins at age 8, have moved to a small town with their mother. Desperate to see their father, who is working in Southern Norway, they secretly jump aboard a helicopter flying in his direction. Unfortunately, the helicopter changes its route and soon they find themselves lost and alone on a deserted island. Now the three of them are forced to face the powers of nature, as both blizzards and hungry polar bears threaten their existence. 
Directed commercials, short films and television dramas. Made her debut in feature films with The Ten Lives of Titanic the Cat (2007). Operation Artic is her second feature.