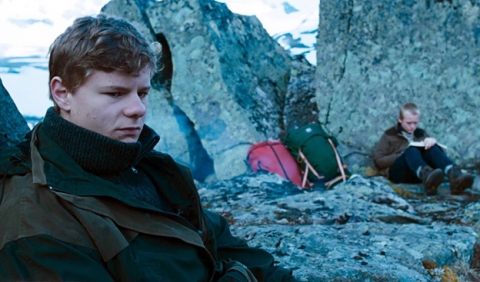 Einar returns to his family in Norway after serving as an officer in Afghanistan for nearly a year. His eldest son Oscar has assumed responsibility for the youngest one, Fredrik, and for the home, as their mother is bedridden most of the time. When Frank disappears during a reindeer hunt in the mountains, the brothers are forced to track down their absent father. 
Born in Hamar, Norway, in 1989. He studied media science in Norway and in the United Kingdom. He is a self-taught filmmaker and trained cinema projectionist. Directed the medium length film The Time in Between (2009) and the short The Devil’s Ballroom (2012). Returning Home is his first feature film.