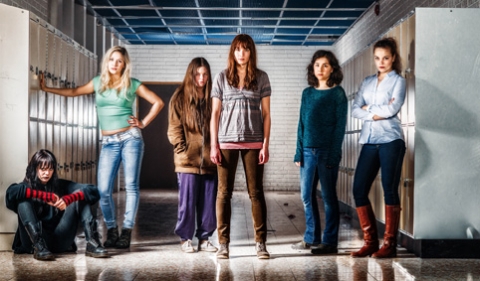 One night, when the moon appears red in the sky, six teenage girls find themselves in an abandoned park, drawn there by a mysterious power. They are “the chosen ones”, a group of witches with magical powers who must learn to work together, despite their differences, to save the world.


Born in Stockholm in 1979. Directed a number of series for Swedish television, the short The Last Things (2008) and the feature Certain People (2011). The Circle is his second feature film.